The World Cafe format is well known in the moderation space, but I have rarely seen this setup used as an Agile Retrospective. The World Cafe normally requires larger groups than a typical Scrum team.  For that reason, the World Cafe is recommended to us if you work on a multi Scrum-team project, or if you hold larger retrospectives with all team members on a regular basis.

The World Cafe is useful to spread Scrum patterns, practices, tips and tricks across the teams. If done well, you can expect to gain benefits by using Scrum processes and experiments done by your teams.  On top of that, you as a Scrum Master, will get a good picture of where your team currently is in Scrum adoption.

What is needed for the World Cafe exercise

I recommend performing this exercise using round tables. Count with six to ten people per table. Place a big sheet of paper, pens or markers with various colours at each table. I´d suggest trying the paper napkins instead of flipchart sheets. In my experience, writing directly on the table triggers some kind of psychologic effect that increases creativity and removes the typical “post-it-format” boundaries set by countless “mad/glad/sad” retrospectives.

In addition, you´ll need to write three questions. I´ll describe more about that in a bit.

First, divide the group evenly at the tables and let them elect a moderator for each table. The moderators will stay at their tables during the whole retrospective.

Groups start discussing the first question and write down all the ideas they have. They are allowed to do anything – brainstorming, sketchnoting, mindmapping, etc. Set the timer for each discussion, when done, ask participants to go away.

The participants should now form into new groups, if possible, grouping with people they haven´t yet talked to. The moderators present a brief summary of what has been discussed at their table and introduce the second questions to the new group. They moderate the discussion further using the same or another technique, as they wish to.

Repeat the same format for the last question.

The questions or statements to be discussed in this technique are key elements of a retrospective. Tip: choose the questions wisely, because choosing wrong ones you could threaten the whole discussion.

Some examples of statements:

Discussing the first question, you will experience current problems being verbalized and developed as people tell what has been painful in the past. Through the second question, different people will be laid onto the problems that are still visible on the table. Doing that, we want to have people think about the solution they implemented while being influenced by problems faced by others. The intention of the third question is to get new ideas out, ideas that often came out from the discussion but could not be expressed in the second round.

This technique is simple, but efficient in helping teams influence each other and come up with ideas on their own. Do not expect any radical ideas to emerge, but you should be able to see great ideas and experiments to run immediately.

To close this retrospective, gather the whole team and ask the moderators to present the outcome of their discussions. If you want, collect action items using silent voting (raising your hand) to prioritize the items in order of their importance. 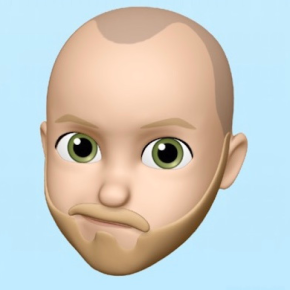 Tim likes to describe himself as a full time geek, agile developer and BS hunter. He was born in France, raised as a European child and currently lives in Germany where he juggles with software development, Scrum Mastering and Agile Coaching. Read more about Tim on his Website www.timbourguignon.fr on contact him on twitter @timothep.

Some people ask me for good Agile Retrospective Set The Stage” Exercises. In this blog post, I am bringing you a fantastic one called Informal Constellation