A quite nice exercise that can be used in Agile Retrospectives is the LEGO Retrospective. Normally team members are enjoying this playful technique as they are joining a totally new creative space where they will define their improvements on an abstract layer.

What you can expect to get out of this exercise

The LEGO Retrospective helps teams to express their thoughts in a playful way. While you are doing this exercise you jump out of the rules of ordinary life and replace them with the rules of this game. Most members might have played LEGO® when they were kids, so motivation level normally is very high. Therefore even introvert team members who tend to speak very little have a chance to express themselves.

When you would use this exercise

If you have never been a facilitator of a retrospective before then this exercise is an easy way to start. This technique can vary from time to time, which makes it suitable in many situations.

How to do it

Before you start, get sure you have sufficient LEGO® Bricks at hand. The amount of bricks depend on the team size.

As the LEGO retrospective is a very creative exercise you should create an alternative world, a model world where team members don’t feel like in their daily environment. You should definitely change to create place. Music in the background can help to create the space even more comfortable.

Then get all team members on board by getting the agreement to the rules of that new space. The prime directive can help you by getting this agreement. As in every retrospective team members should feel and know that this round is a safe place to share opinions and thoughts although it might be risky or uncomfortable.

Now tell all team members to sit down in a circle and spread all LEGO® bricks in the middle. Start the first round by asking them:

Create a figure out of the bricks that reflects the last sprint.

Make them clear that there are no limits and that they can use as much bricks as they want. As all characters in a team are different, some members will take longer than others. Give everybody the chance to finish their first figure. Once everybody finished, give everybody to chance to tell something about his figure. Let them start doing small discussions in order to find out what exactly are the worries.

After this round, start the second round by asking them:

Make everybody clear that this is a solution-based question! It’s not about what went wrong – So team members should think about a solution – Therefore, this session might take a little bit longer.

After everybody finished his figure let everybody talk about it. As a facilitator you should keep track on all information. Create Post-It’s and make them part of the environment by putting them on a wall.

Finally, it’s important to deal with the issues that where brought up. Focus the team now on the Post’It’s you wrote down and ask them what they want to do. If there are too many different points, let them make a dot-voting in order to focus on the most important issue. The team members have to leave to room feeling that they have a concrete action point they want to tackle.

With a little imagination, this exercise can be applied to remote team members also by telling them to draw a picture on a white paper instead of creating a LEGO® figure.

Did you like the post? Send me a feedback in the comments below. I would love to hear from you!

PS: Thanks to Luis for allowing me to be a guest author. Visit my blog at www.dkrimmer.de and follow me on twitter: @dkrimmer84 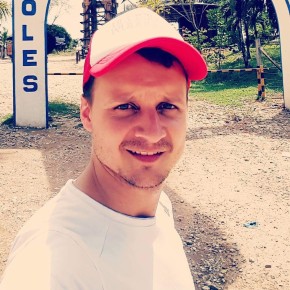 I have been working as a Software Developer since 2001, being a Scrum Master since 2009. So far, I had the great possibility to collect cool experiences in agile methods in different companies like CHIP, Sixt, mydriver.com and HolidayCheck