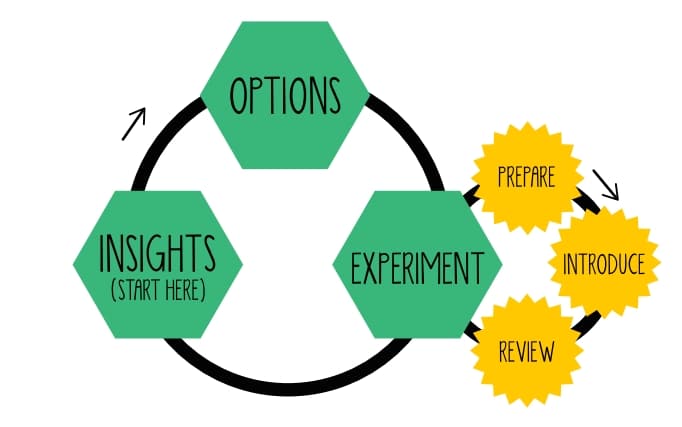 This is a guest post written by Richard Atherton. The original version of this guest post was published on my company´s blog Evolution4all.

Why Lean Change Management is different

In the autumn of 2014, I led a pitch to implement a large change programme for a major broadcaster. On the Request for Proposal they had asked that we take an agile approach.

I have an Agile software development background, but my experience of using Lean or Agile techniques for managing change? Zero.

After reading Jason’s book “Lean Change Management”, I transformed my approach to leading that change programme. I experienced plenty of bumps along the road. However, implementing theses ideas helped me to lead one of the most successful change initiatives I’ve ever been involved with.

So, why Lean Change? Because it works better. We know that taking Lean and Agile approaches have proved to be significantly more effective in developing software. However, as change leaders and managers, we work at a level of complexity equalling if not exceeding that of software challenges. When we take a Lean/Agile approach, we markedly improve our effectiveness.

“I’ve been poor and I’ve been rich. Rich is better!”

When it comes to change approaches, I can say:

So how is it different?

In many of the traditional change methods, we place a major emphasis on process. Let’s take  an example of Kotter’s 8 Steps. His approach is characterised as a set of steps to follow, from Establishing a Sense of Urgency through to Anchoring New Approaches in the Culture. Now of course Kotter’s work provides great wisdom. But, the issue with this and other approaches is the emphasis on the sequence of ‘best practice’ activities.

With Lean Change Management, we do have a loosely defined framework to design experiments. However, there is no overarching methodology for executing change. The key principle is to co-create change with the people affected, in whichever manner and sequence makes sense in context.

In traditional change programmes, the central key is a change team. They interview those affected, create change readiness assessments, design new processes, construct communication plans and so on. When they take your views, they analyse, synthesise and consolidate these inputs into ‘programme documentation’. When the change managers present this to people, it can seem like a confusion of corporate platitudes, or worse, something totally unrecognisable.

In the Lean Change paradigm, we see the central engine as an act of co-creation. Change agents and those affected design all aspects of the change initiative together.

In traditional change programmes, the main currency is change activities. Activities broken down into tasks on a plan. The team must do interviews, workshops, presentation, and skills assessment.

In Lean Change Management, the main currency is experiments. From a design perspective:

From a management perspective:

We also acknowledge that any experiment successfully adopted will itself change the System. This new landscape provides us with the canvas to further experiment.

In traditional change, the change team carefully craft a set of dependent change activities; all laid out on a plan, with a defined start and end point. A lot of effort is spent maintaining that plan and tracking variance. There are three major risks in this approach.

When being driven by a plan, the change initiative itself is much less responsive. Changing the direction of the change effort itself becomes much more expensive in traditional approaches. As the effort continues, it becomes increasingly hard to course-correct as the environment changes or underlying assumptions prove to be invalid.

By contrast, feedback from experiments drives Lean Change initiatives, with a strong focus on giving those affected a strong voice. Lean change agents create fora with a high degree of psychological safety. This means people at any level of the hierarchy can feedback and directly influence the next experiments for the team to conduct.

Crucially, lean change agents design the initiative such that it can be highly responsive to this feedback. Using kanban-style flow-based management of the change effort, the team can course-correct easily in response to feedback.

The second risk of a plan-driven approach relates to Pournelle’s Iron Law of Bureaucracy. The law states the following:

“In any bureaucracy, the people devoted to [] the bureaucracy itself always get in control and those dedicated to the [authentic] goals [] have less and less influence…”

As the English might say it, “putting the cart before the horse”. When we orchestrate change using traditional methods, we typically create a central function to plan and coordinate. By doing so, we create a greater risk of the Iron Law asserting itself. Namely, the risk that the planning functionaries become more powerful that those authentically committed to achieving change.

The final risk is that when we create large, centrally-managed programmes of change, we put many professional reputations at stake. In such a situation, the people around the change team adapt to provide the illusion that change is happening. Those in charge of the programme see want they want to see and those affected tell them want they want to hear.

As Lean Change Agents, we accept that some level of high-level planning and bureaucracy is valuable. However, we approach management differently. We use a lightweight approach to planning and commit ourselves to rapid ‘feedback-and-respond’ cycles.

The fifth and final differentiator of Lean Change lies in the fundamental premise of how change happens. In traditional approaches, people believe that change happens when senior authority figures lead people to a new way of operating. The Lean Change approach sees change as a social movement; a viral effect ignited by leaders potentially anywhere in the organisation.

The basic paradigm for traditional change programmes goes something like:

Change as a social movement

Lean Change turns this on its head. In Lean Change, the approach looks more like:

Here we see the role of the change agent not principally as a designer and a planner, although this might be part of their job. Rather, we see the change agent as a scanner, an enabler and a protector of disruptors. Their second, equally important role, is to work with those being disrupted. As George Koenigsaecker puts it in his book ‘Leading the Lean Enterprise Transformation’:

“If you only support [the activists], the antibodies will get more active and will multiply, offsetting the impact of your [activists]”

So, the change agent must, on the one hand support the disruptors. On the other, they must work attentively and assiduously with those being disrupted. The more these groups see a change as a threat, the more powerful their response to neutralise that threat. This is where the change agent must work hard to constantly maintain an open dialogue. They must listen, empathise, be straight and engage in ongoing co-creation with those affected.

In conclusion, Lean Change is a co-creation-led, responsive and experimental approach to change. It sees change as a social movement. 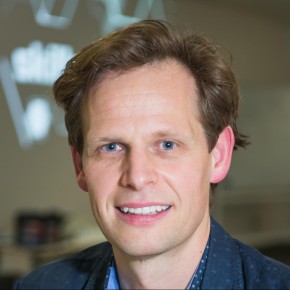 Richard is a partner at FirstHuman, a consulting firm at work on creating human-centred businesses that make a huge difference in the world.

Two Learning Cycle Models Every Coach Should Use

shares Shares Tweets +1s Shares Pins Love ThisTWO LEARNING CYCLE MODELS EVERY COACH SHOULD USE In a post on my own blog, I already considered why this subject can come up for Scrum Masters and Agile Coaches.  In this guest blog, I will take a deeper dive into which learning cycle models I use and […]

In this blog post Luis Goncalves explains Why Agile does not Work In Germany. He explains his thoughts mentioning 5 different points.

10 Lessons learned by a Scrum Coach that you should know

In this blog post, Luis Goncalves shares 10 great lessons that any Scrum Coach should be aware. These are true lessons that he learned during the last years